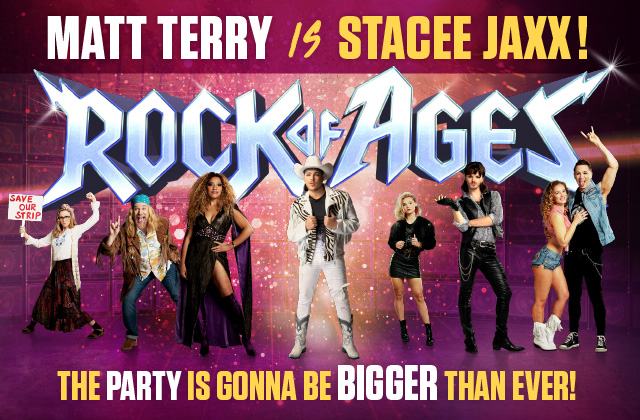 The smash-hit musical is back, and the party is gonna be BIGGER than ever!

The producers of ROCK OF AGES are thrilled to announce full casting and new dates for the UK and Ireland tour, including the return of Coronation Street star KEVIN KENNEDY as ‘Dennis Dupree’, a role he previously played to huge acclaim in 2018. Kevin joins the previously announced X Factor winner and musical theatre star MATT TERRY as ‘Stacee Jaxx’ in the show from Tuesday 10 May 2022 at the Edinburgh Playhouse. The cast also includes Sam Turrell as ‘Drew’, Gabriella Williams as ‘Sherrie’, Vicki Manser as ‘Regina’ and Kellie Rhianne as ‘Justice’, as well as returning cast members Joe Gash as ‘Lonny’, Vas Constanti as ‘Hertz Klinemann’, Andrew Carthy as ‘Franz Klinenmann’ and Erin Bell as ‘Constance’.

ROCK OF AGES is the hilarious musical comedy lavished with over 25 CLASSIC ROCK ANTHEMS, including Don’t Stop Believin’, We Built This City, The Final Countdown, Wanted Dead or Alive, Here I Go Again, Can’t Fight this Feeling and I Want To Know What Love Is, played loud and proud by an AWESOME live band.

Leave it all behind and lose yourself in a city and a time where the DREAMS are as BIG as the HAIR, and yes, they can come true!

Now a global smash with hit seasons on Broadway, London’s West End and Las Vegas and a star- studded Hollywood movie version, we promise you the best night out this year!

BOOK NOW AND LET’S GET READY TO ROCK!

‘A SEXY SMASHER THAT WILL HAVE YOU LAUGHING AND ROCKING IN EQUAL MEASURE.’ Daily Star

‘Absurdly enjoyable. As guilty as pleasures get! Impossible to resist’ The New York Times

‘HIGH ENERGY FEEL-GOOD NOSTALGIA THAT WILL PUT A SMILE ON YOUR FACE.’ Sunday Express

‘If you’re not on your feet, shame on you’ The Sun

‘You’ll be in rock heaven’ What’s on Stage 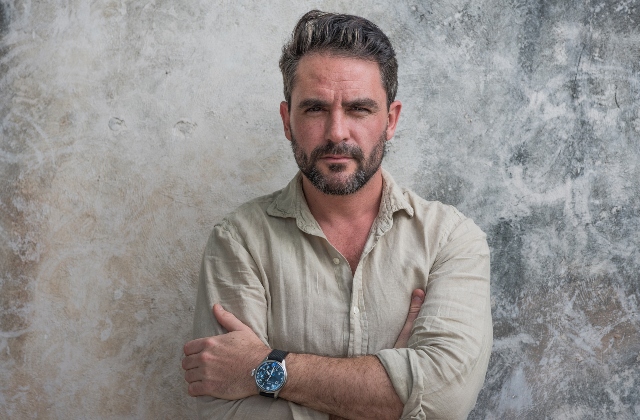 Levison Wood | The Art of Exploration

PLEASE NOTE: The date of this event has changed since the publication of our season brochure. All existing bookings were transferred to the new date, Monday 17 October 2022 Join critically acclaimed author and explorer Levison Wood as he takes to the Kings Theatre stage for his third UK tour. In this entertaining two-hour one-man […]